› Blogs › Admission ›Why I took ANOTHER organic chemistry class

I promise I am not crazy. Yes, I am an optimist, but not way too optimistic to the point of delusion. No, I did not enjoy taking organic chemistry, and I wouldn’t call myself a masochist for taking yet another organic chemistry class. Here’s the thing: I am going to graduate school, and from the moment I set that as my goal (last summer) I realized that no one will take time out of their day wherever I end up to teach me elementary organic chemistry. I am owning up to my mistakes right now; I did not put nearly as much time as I needed to put towards studying for my organic chemistry class. 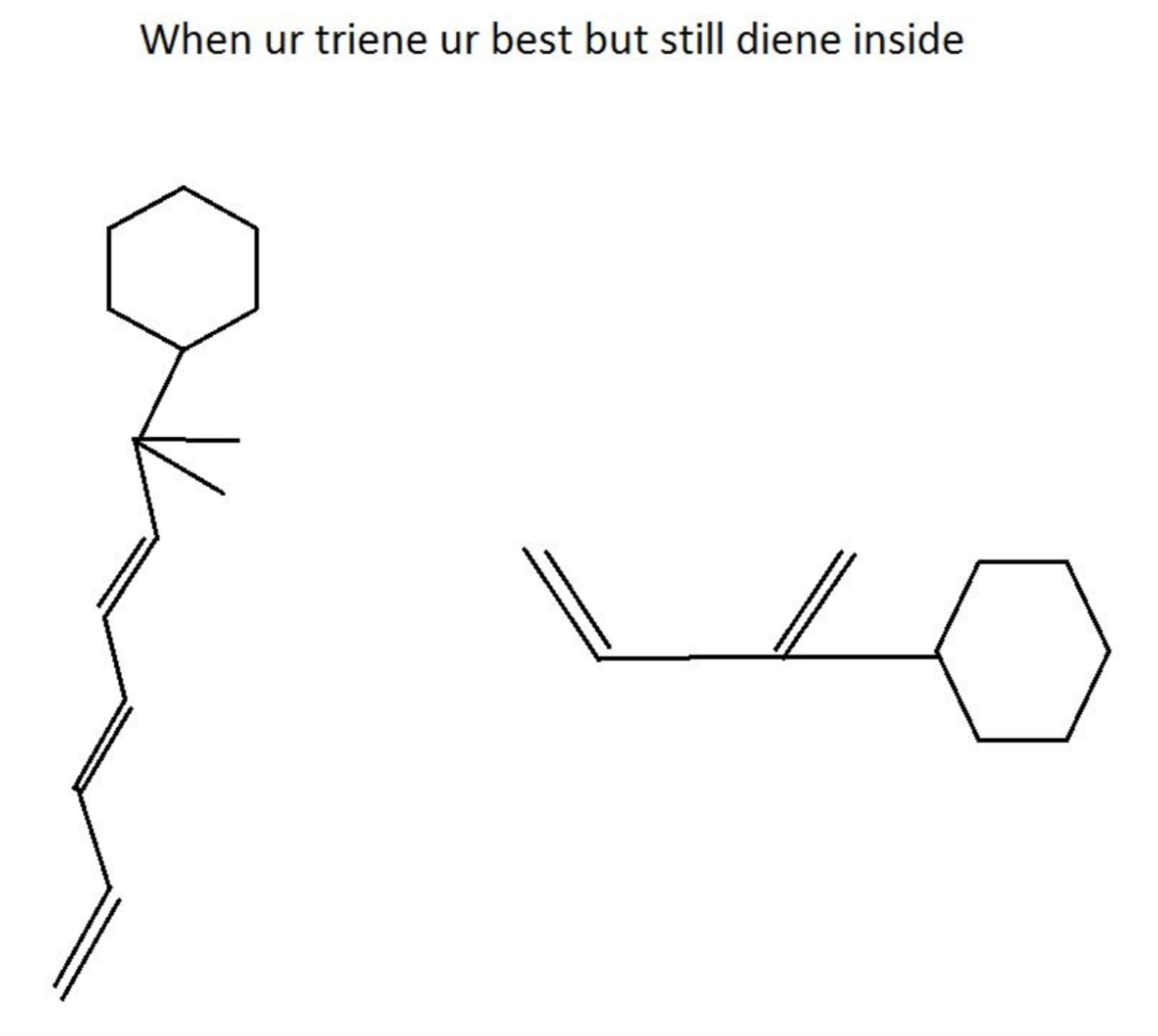 In fall 2014 I was starting my sophomore year, with a job as a FRAD* , starting my career as a Furman Admission Ambassador, and getting to help with organizing a TEDx conference from scratch for the first time. I made the terrible mistake of taking 2 hard classes, Organic Chem and Calculus II. I overestimated my ability to study and balance everything perfectly. Besides that, I was taking a class on Buddhism which I was 100% unfamiliar with, and a history class which I ended up loving, but at the time it was just another massive thing for me because for all I knew, history was my least favorite subject in school (you would hate it too if you had to memorize thousands of years of Greek history, politics, culture, and weird names since 1st grade). So yes, I did not study as much as I needed to for organic chemistry, and my foundation was weak solely because of my decisions and choices, and I didn’t realize how much help I could have gotten from Dr Springsteen who made himself available every day for us. I am so mad at sophomore fall Danai for being so irresponsible and not realizing the importance of this class. Because it was required for my major, I took another organic chemistry class (bio-organic) a year later, and it was so much harder for me because of my weak basis, and my lack of studying skills for organic chemistry. I found the lectures fascinating and I wanted to learn more about organic chemistry. This past summer I went over my grade report with my advisor and we realized that my only weak grades were from my 2 organic classes, so like any other reasonable being, I decided to take an advanced organic class with Dr Goess (famous for being an amazing lecturer, but hard professor) in my senior spring semester. Two weeks ago I finished the class, and I feel so much more confident in my chemical knowledge. This class only lasted half the semester, and functioned like a graduate level class, so a lot of the teaching had to occur out of the classroom, and this time I knew how to do it. I knew how much time I had to put into it and I no longer saw the class as something intimidating, but rather something really endearing, that would help me get through graduate school. Of course, I do not feel like I know everything I am supposed to know about organic chemistry, but I’ve covered so many of the gaps in my knowledge, that I can now do the rest of the teaching at my own time. And I know that people called me crazy for taking another organic class, but just like Bio-organic, I never wanted to miss any lectures, and I felt like I was actually learning something important.

Besides all of this, I think that my advisor, Dr Wagenknecht, was also very confused but somehow also happy that I was taking this class. He told me that it speaks volumes about my character that I am willingly putting myself through another hard class in order to learn. And I don’t like to brag about this, but I don’t think many people would challenge themselves this much normally if they saw themselves almost failing similar classes twice. However, I do think that Furman has many students with a similar mindset as mine. You will find a lot of students that choose taking classes that are slightly easier for them, but you’ll find an equal amount of students that will willingly put themselves on the line, challenge their views and abilities, and take the “harder” classes.

PS: I am 99% sure that this decision of taking this class made my advisor’s recommendation letter a thousand times stronger and that’s the only reason I’m going to grad school, but I will never see that letter, so I guess I’ll never know. I can only guess (or Goess, LOL)…

*FRAD: freshman advisor, which is a position for sophomores or older students to work in housing and live in a freshman residence hall

› Blogs › Admission › Why I took ANOTHER organic chemistry class